This project examines the human ability to increase our intuitive understanding and compassion for all life.

Do you remember when you were a tree? Or a really big piece of dust?

Perhaps in our misguided sense of self. This is me, that is you, we forget that often boundaries are artificially imposed via human language in an attempt to understand the world.

Both self and Systems are generally fluid. That is, there is dust in our DNA, maybe even tree. The idea of original homeland is an interesting one when we look at the evolution of forests on our small planet. This evolution has resulted in growing complexity, from the earliest ferns, to the complicated gymnosperms and angiosperms of today’s forests with more recently derived groups displacing previously dominant ones.

Recently, when my husband became very sick, I developed this great sensitivity to trees. Not trees from their fictional homeland forests, but trees who had undergone some type of forced human diaspora. Like the dead Douglas Fir utility poles along Siringo Road in Santa Fe, New Mexico. I was so moved by their situations, I began to write letters to them and post them right on them.

I can’t help but think that all diasporas are forced by some outside agent.

Think about the reflex that forces CO2 out of our lungs through exhalation or the human forced diaspora of various tars to make Creosote or the subsequent diaspora of these same tars into the soil through a perfect triangulation of water and gravity pressure and openings in soil.

A particularly stunning one is the tree diaspora that occurred in this area in 1914 when 300,000 Douglas Fir in the Santa Barbara Forest east of Peñasco were cut to make ties for the AT&SF transcontinental train line. This went through New Mexico in an attempt to compete with the cheap shipping rates offered by the impending opening of the Panama Canal.

The lumber company even set up track in the denuded forest to carry the trees to the local tributary where the cut trees lay waiting until spring when the small river, swollen with snowmelt, carried them rushing by the hundreds of thousands through the narrow canyons to the Rio Grande where they floated down to Albuquerque to make the final transition into railroad ties or utility poles. 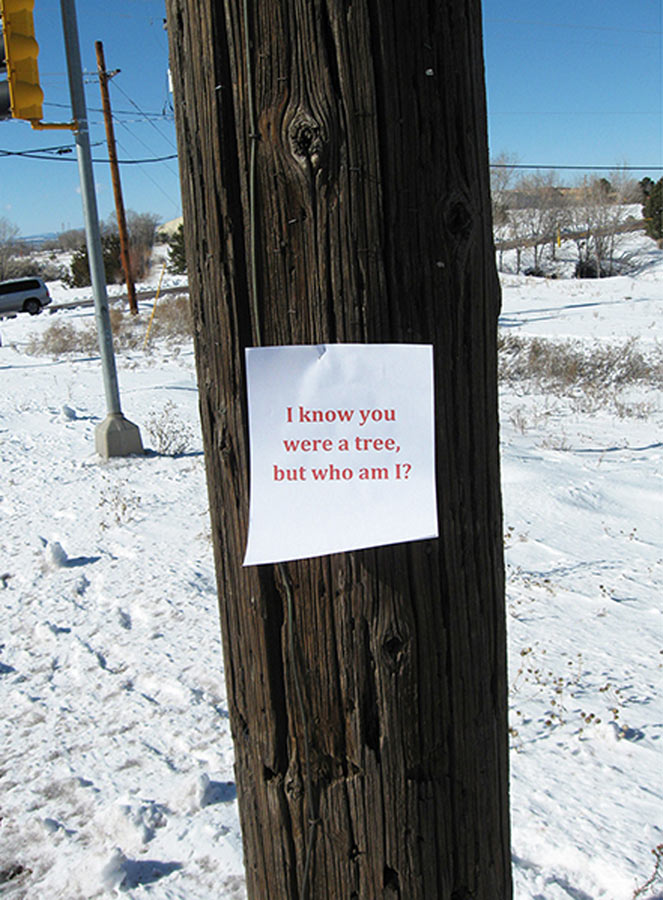 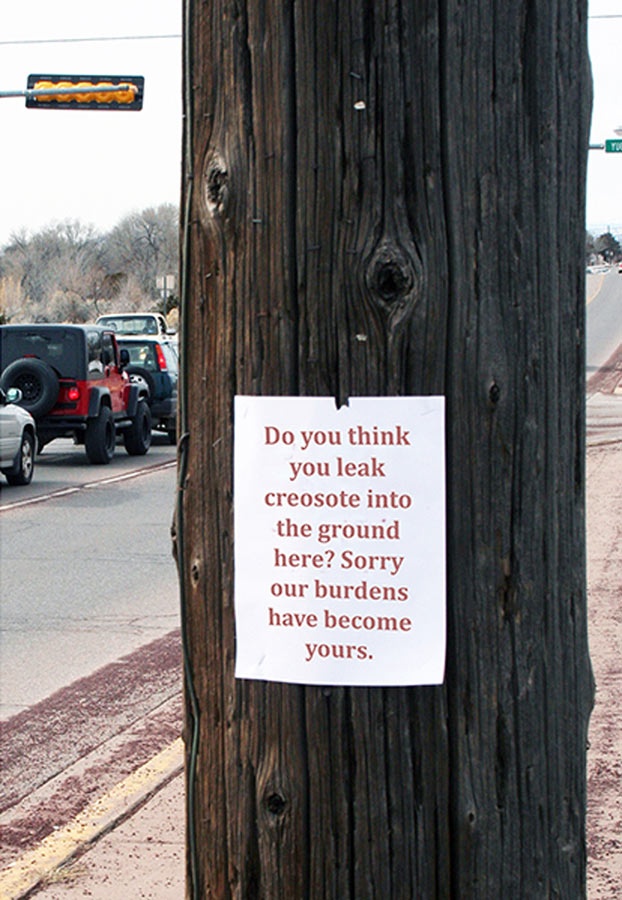 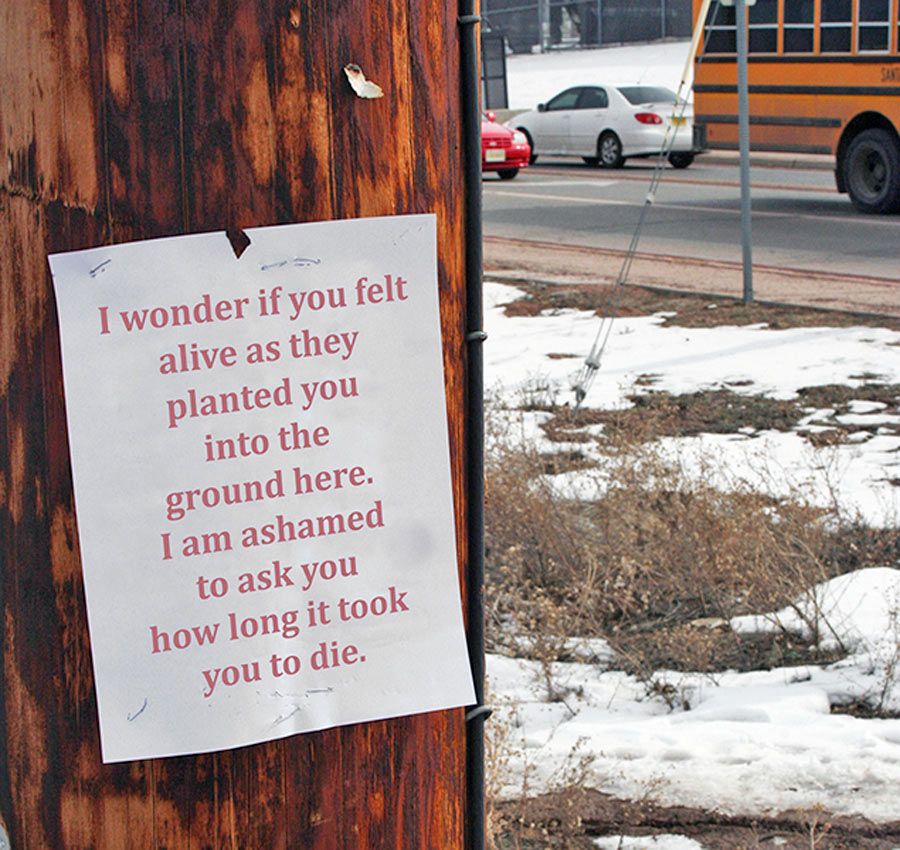 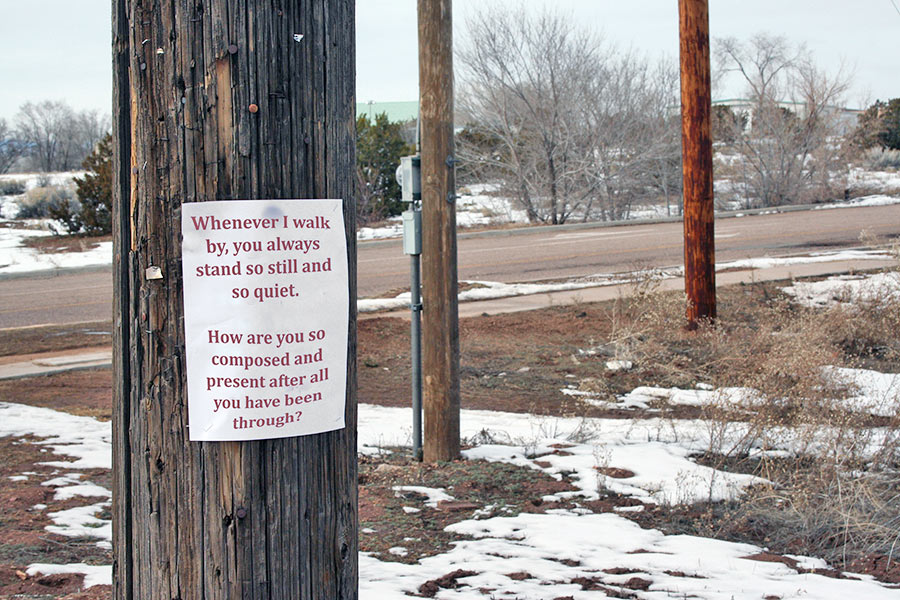 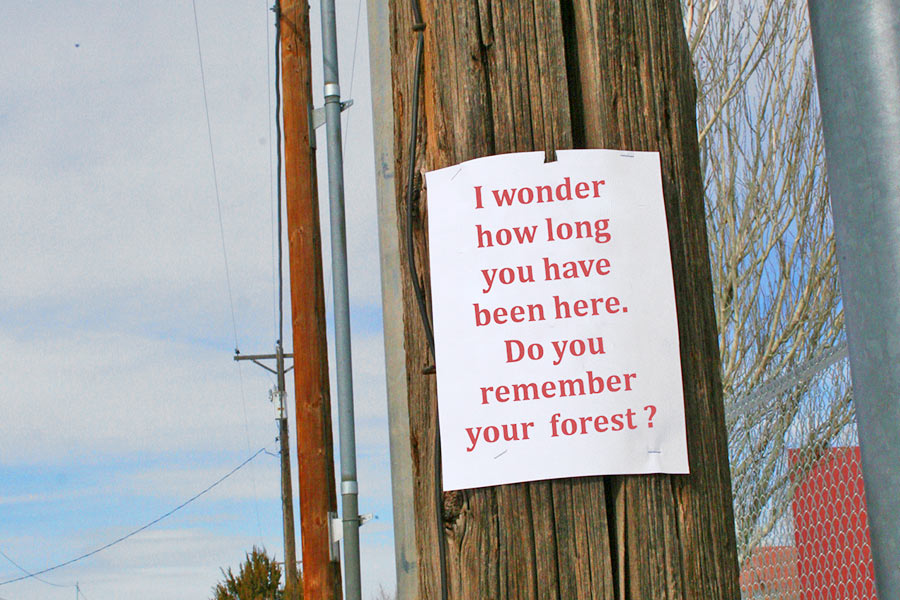 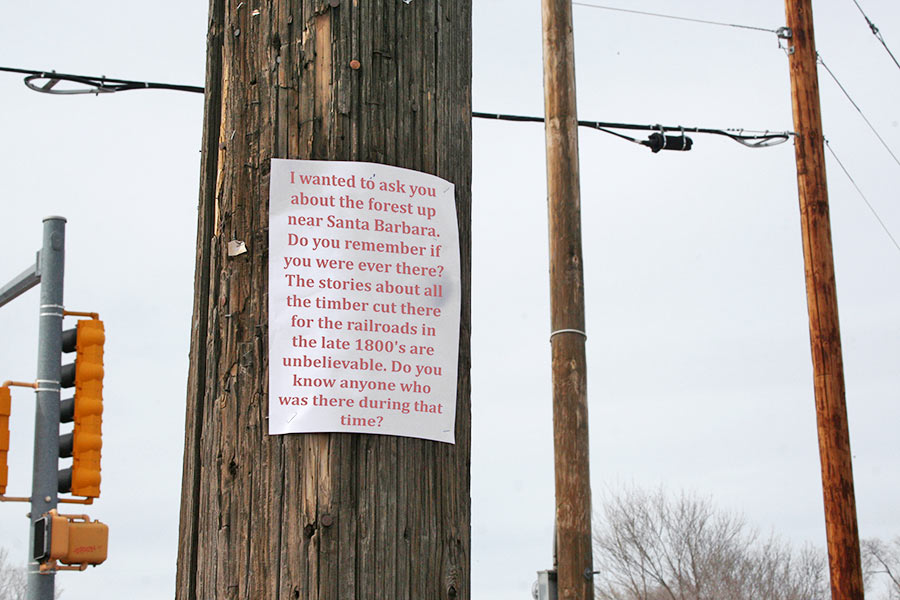