My research began with an environmental or ecological perspective – examining the larger home within which the Biology Department at Ft. Lewis sits.

Here in the Colorado Plateau, we find something remarkable: a web of life…humble crusts, sometimes known as cryptogamic or cryptobiotic crusts, which efficiently convert extraordinary amounts of atmospheric nitrogen into a form easily used by plants. Crusts play an enormous role in this fragile environment. Because they are concentrated in the top 1 to 4 mm of soil, they primarily affect processes that occur at the land surface or soil-air interface. These include soil stability and erosion, atmospheric nitrogen-fixation, nutrient contributions to plants, soil-plant-water relations, infiltration, seedling germination, and plant growth.

The crusts’ structure also slows wind and water erosion, forming a web of microscopic roots that holds the soil in place. As Jayne Belnap, biological soil crust research ecologist explains, “Whenever we pull on the thread of what makes the [Colorado Plateau] tick we end up with soil crusts on the other end.”

This biological soil crust is all the more poignant in the context of the Colorado Plateau’s cultural history: the crust, when exposed to unsuccessful development, agriculture and extraction of resources is essentially destroyed and with it of course the soil-air interface.

This theme plays out in the physicality of the work. “fallen petals” is characterized by the use of generative patterns and structure to mark the awareness that the universe itself is a generative system. And so are we. This is one of the great lessons of biology: biology merges disciplines — climate, energy, environment, economics, geology, human nature and civilization are ultimately interrelated and interconnected. We are all part of a complex system with components that interact and influence each. 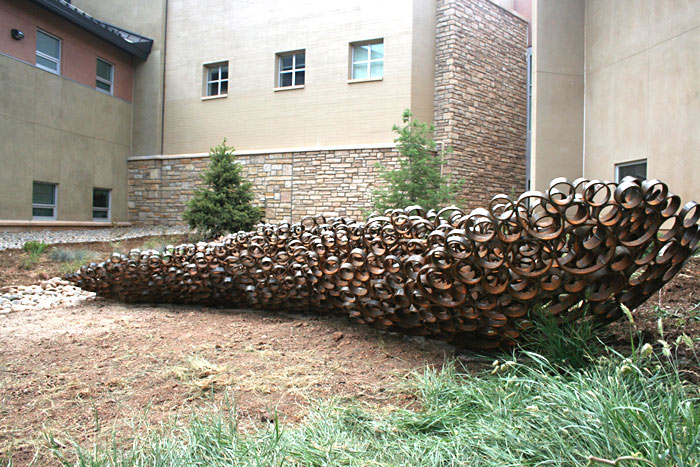 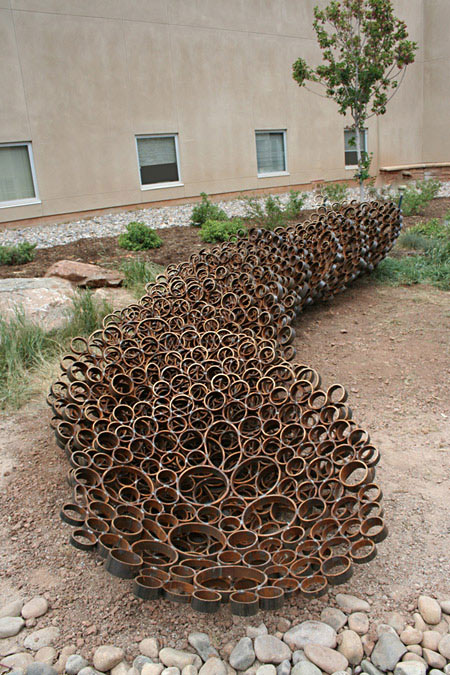 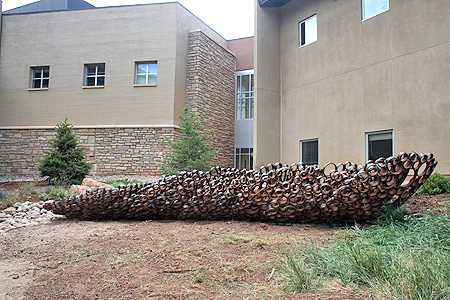 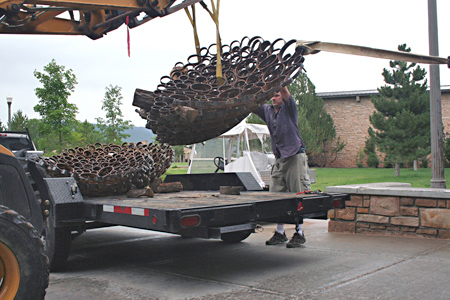