“The variations of scale, and the wonderful character shifts from hard edged, minimalistic, monolithic works to the more rococo detailed, and florid forms was energizing and a constant thrill throughout. Congratulations.” — Andrew Conners, Albuquerque Museum Director

Paula Castillo was the 2018 Women To Watch representative from NMC-NMWA, and her work was exhibited as part of a group show at the National Museum of Women in the Arts in Washington, DC.

Paula produced this current body of work in relation to her previous exploration of the systems and spaces we inhabit, imagining the immense complexity involved for any entity. This show differs from her earlier work in that she’s referencing a re-examination of origin. “The visual stimulus for these pieces began with the Lardón Peak, an isolated and highly visible sky island,” she says. “While growing up here, I really had never noticed her. She is so striking and distinct; I could not comprehend how I had never seen her. Thus, the concept of ‘now seeing’ began as a metaphor for an inquiry into origin.”

Castillo’s mountainous welded metal sculptures are as monumental as they are an invocation of the surrounding nature. Earlier in her career, Castillo regularly used discarded nails, wire and steel elements, transforming what manufacturers consider to be waste into thoughtful and detail-oriented pieces.

Since then, Castillo has been using new sourcing materials like industrial-sized sheets of metal mesh that she forms into shapes; steel plates cut with water jets using CNC software, and large quantities of landscape ties. These materials have opened up exciting possibilities for monumental works. 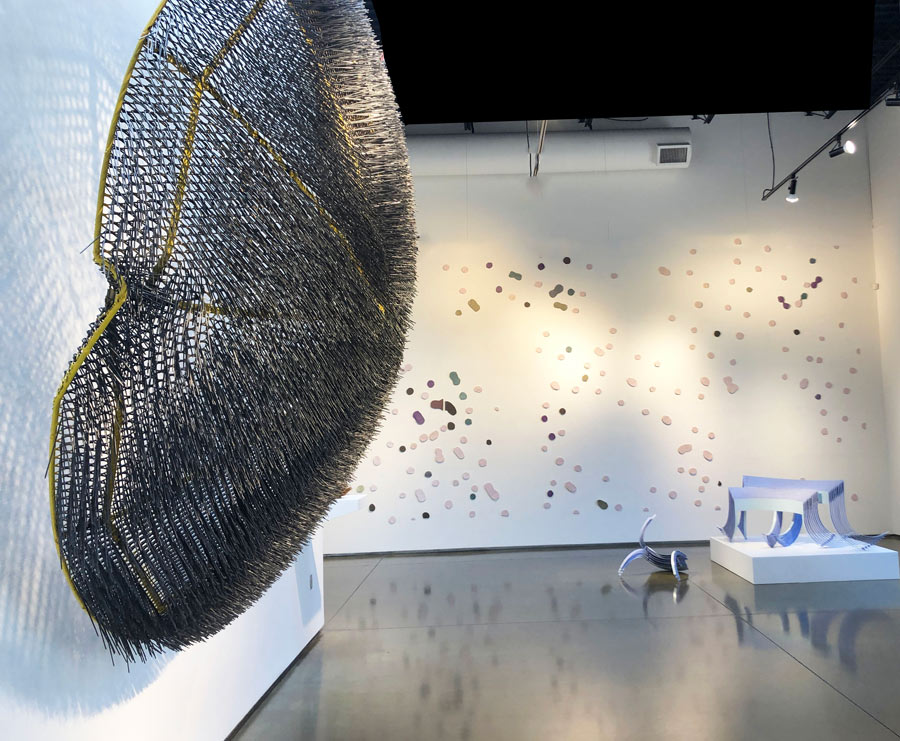 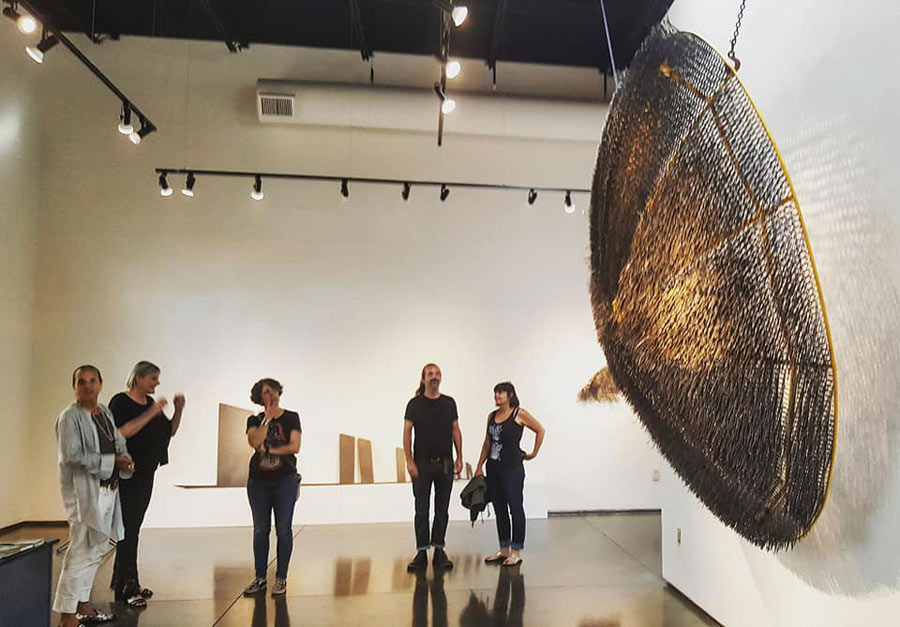 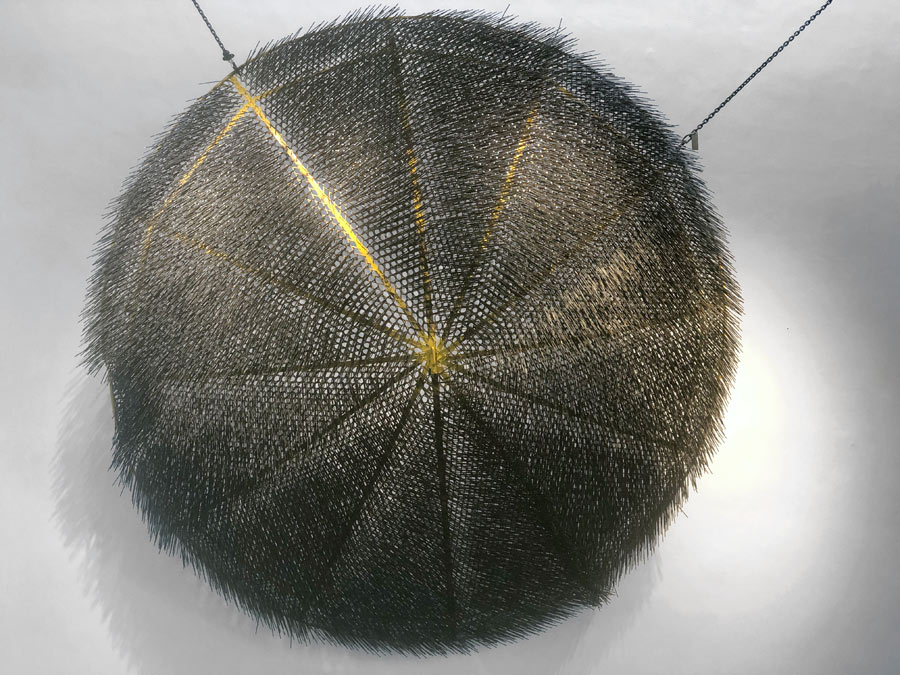 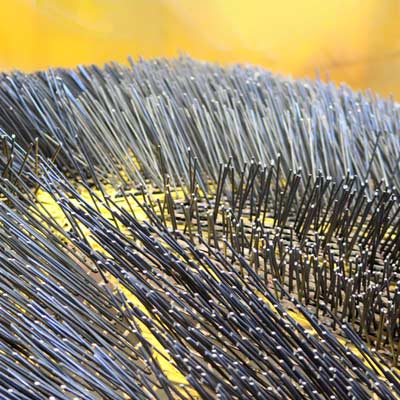 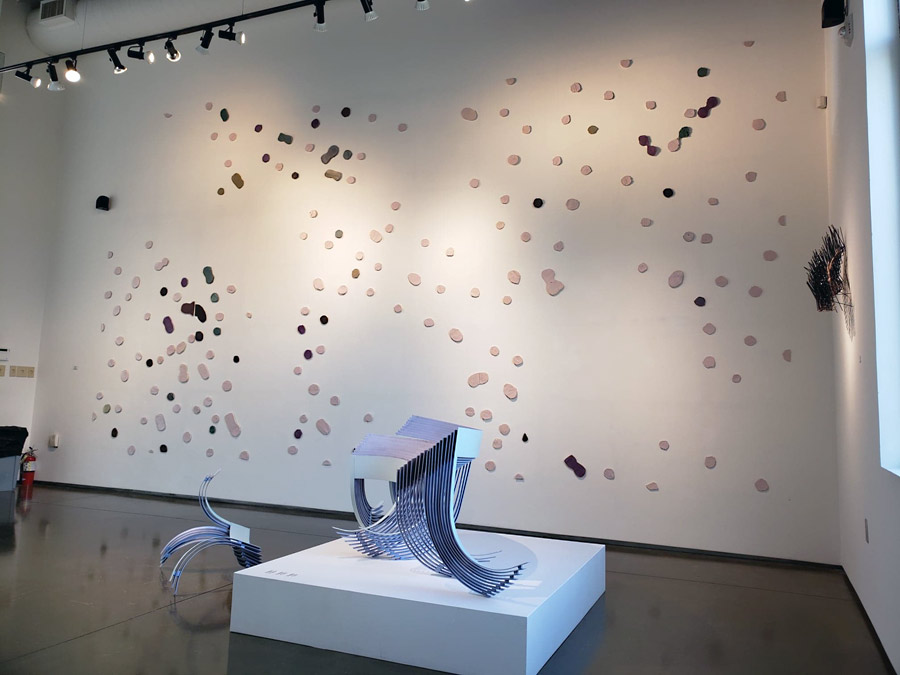 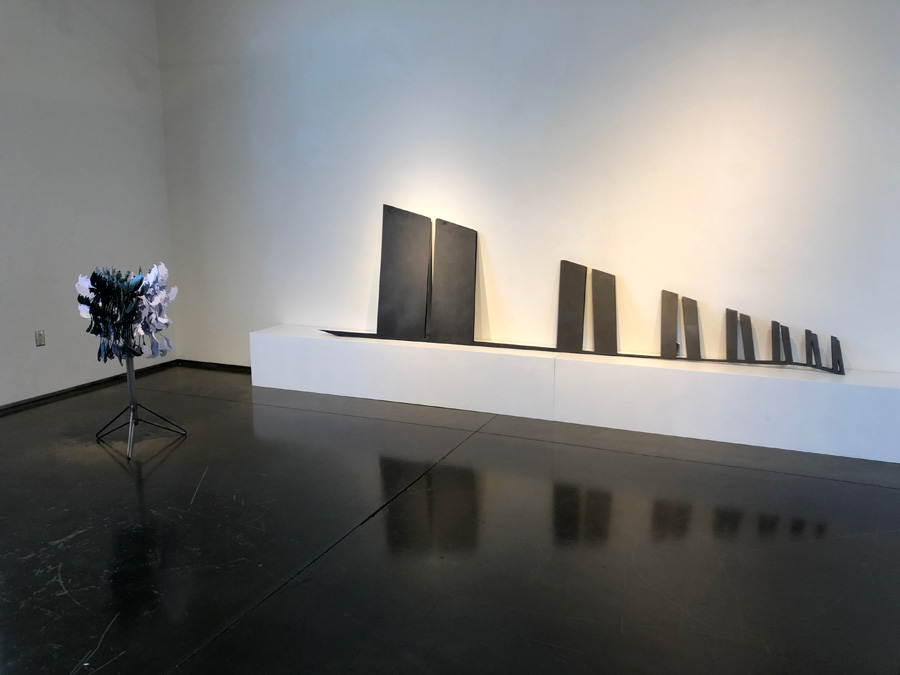 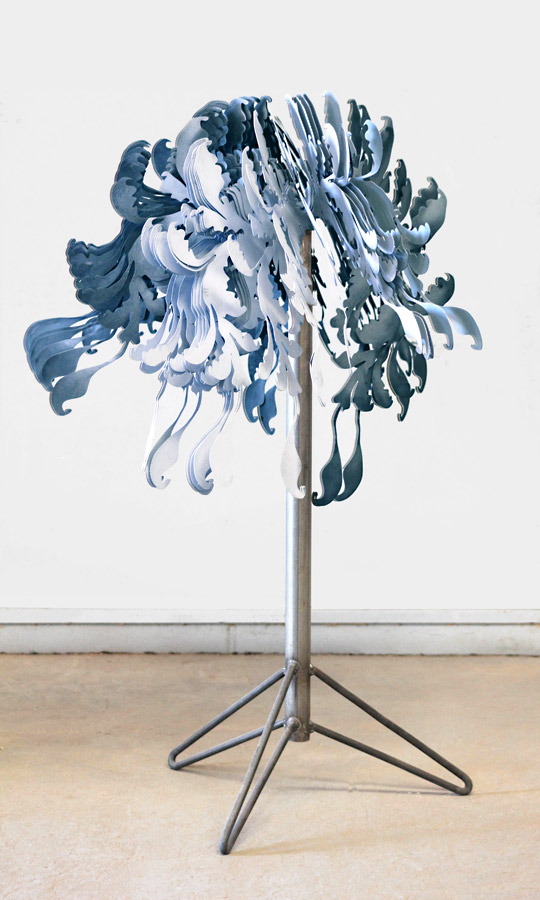 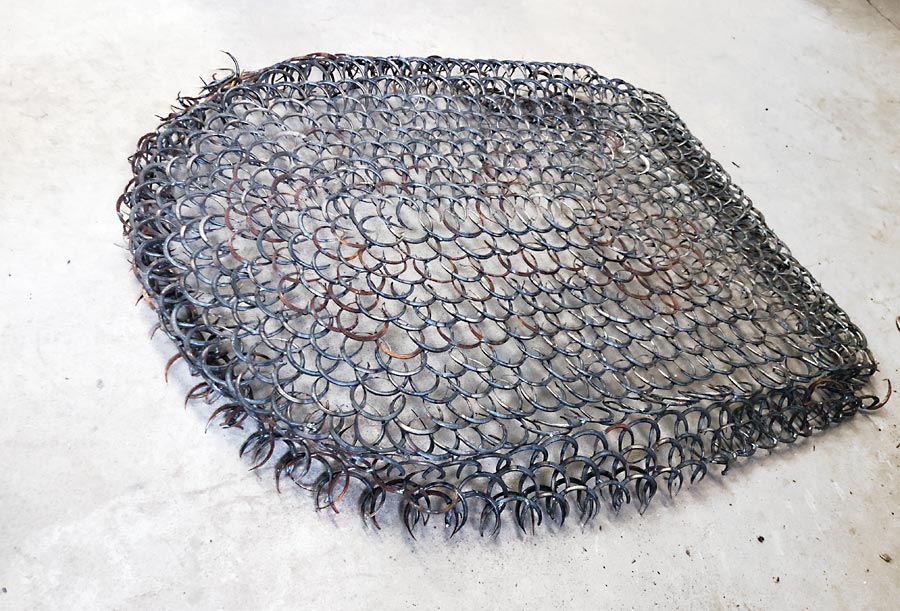 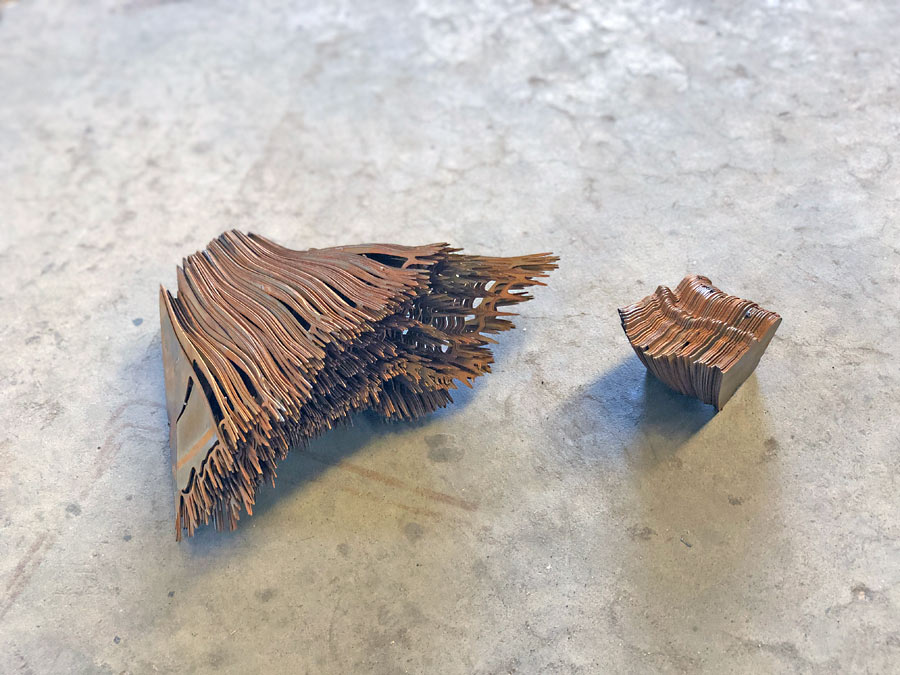 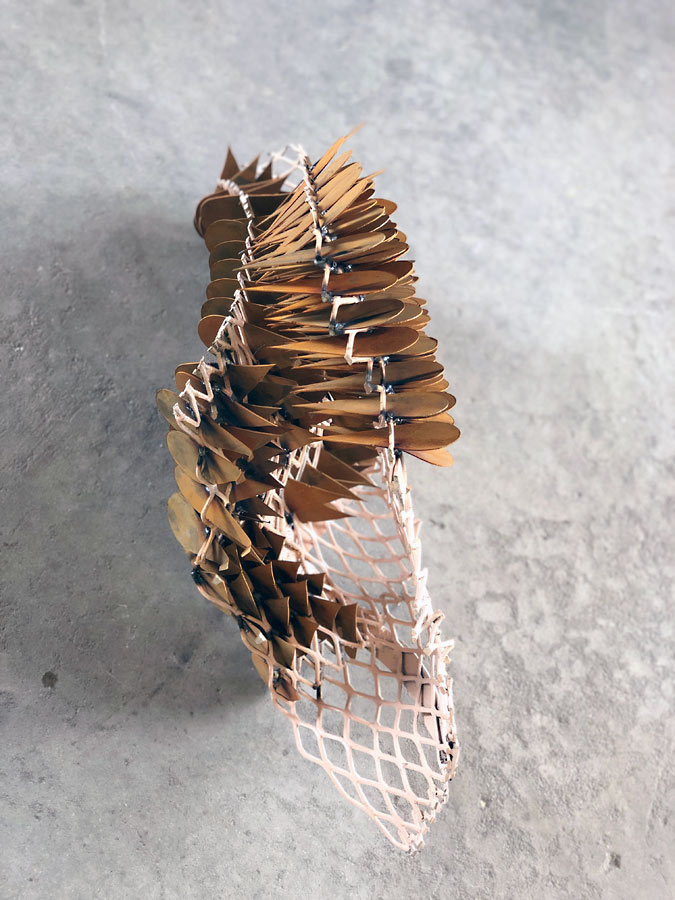 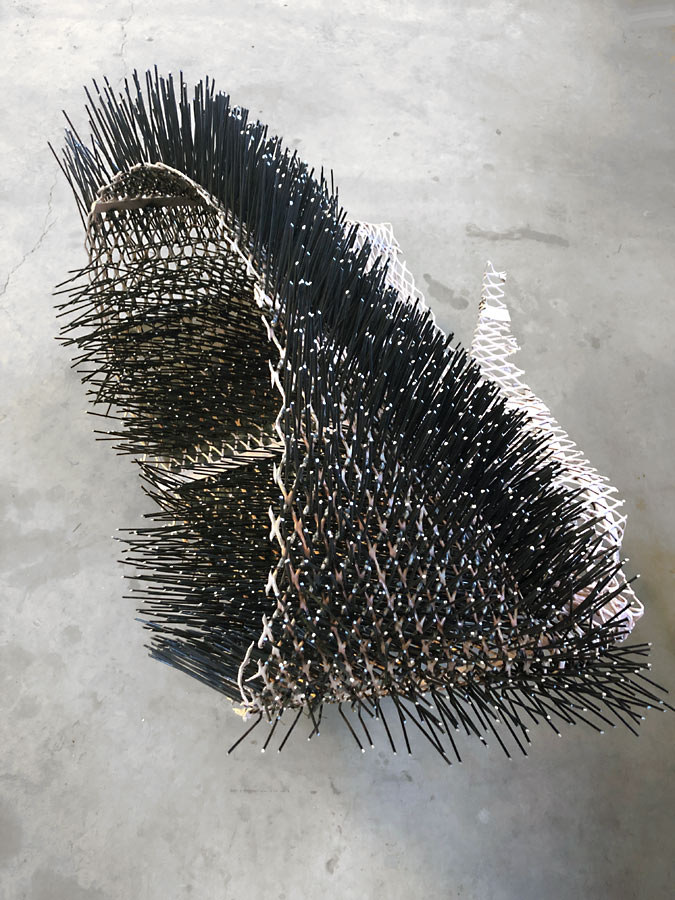 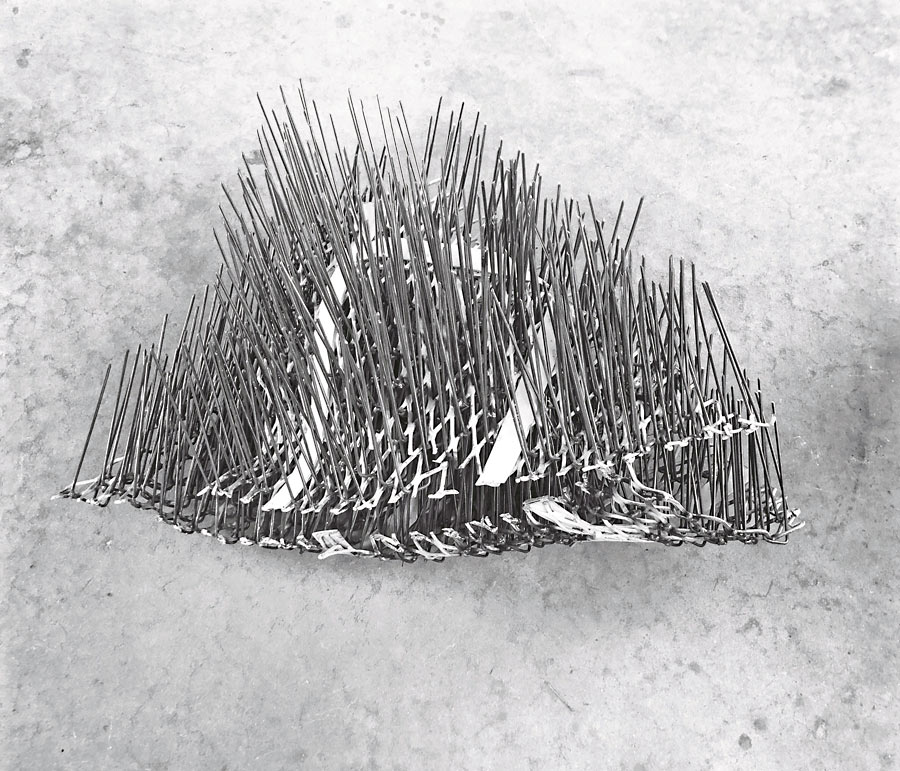