The Forest, a sculpture installation exhibited in  Santa Fe, New Mexico, at the New Mexico Museum of Art  was included in the thematic Alcove 12.0, which celebrates the 100th anniversary of New Mexico’s statehood.

In anticipation of the New Mexico Museum of Art’s centennial, New Mexico Museum of Art curator of Special Projects, Merry Scully,  presented a year-long cycle of alcove exhibitions. The format of these Alcove Shows can be traced back to the 1917 founding of the Art Gallery of the Museum of New Mexico. Small one-person exhibitions were held in the gallery alcoves through the 1950s, resuming in the mid-1980s and again in the early 1990s. Alcove 12.0 continued this tradition with a series of nine exhibitions featuring the work of 45 New Mexico artists.

“The Forest,” has as its subject an asymmetrical perspective of New Mexico.

This sculpture installation attempts to gather the history of this region via culvert as palimpsest as well as highlight how objects can be the grand narrator because as entities they are both resistant to other entities and available to other entities. Materially based sculpture keeps us from fleeing so that we can attend to the resistant availability of the given world. On a tangible level though, The Forest references the road building efforts of The Works Progress Administration put into effect by FD. As tangent, this sculpture installation also references the resulting tree cutting in New Mexico forests for the Atchison Topeka and Santa Fe Railroad built after the Civil War which ran east/west through New Mexico towards the golden hills of California; the remnants of the Gadsden Purchase. 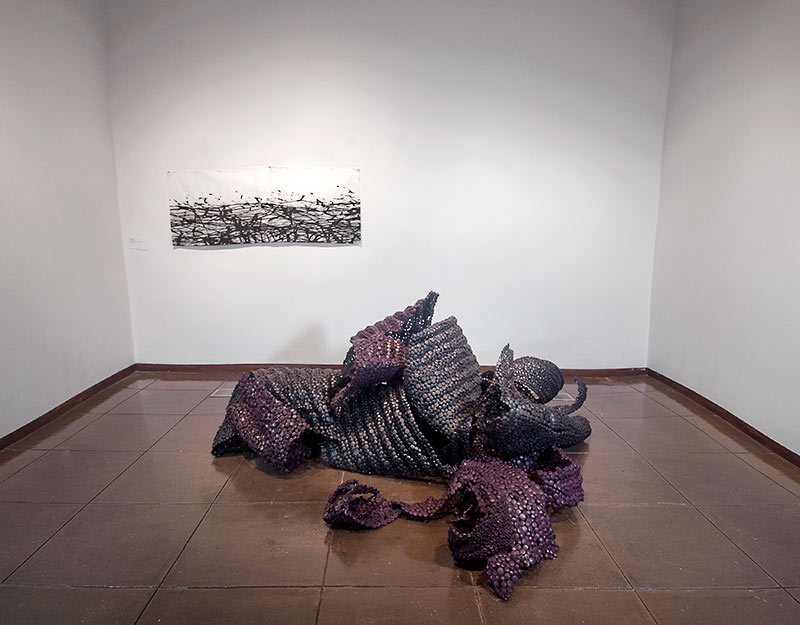 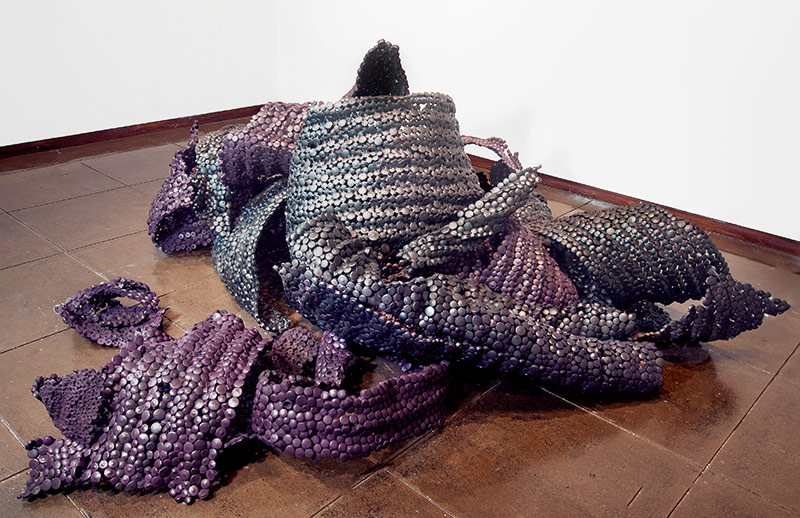 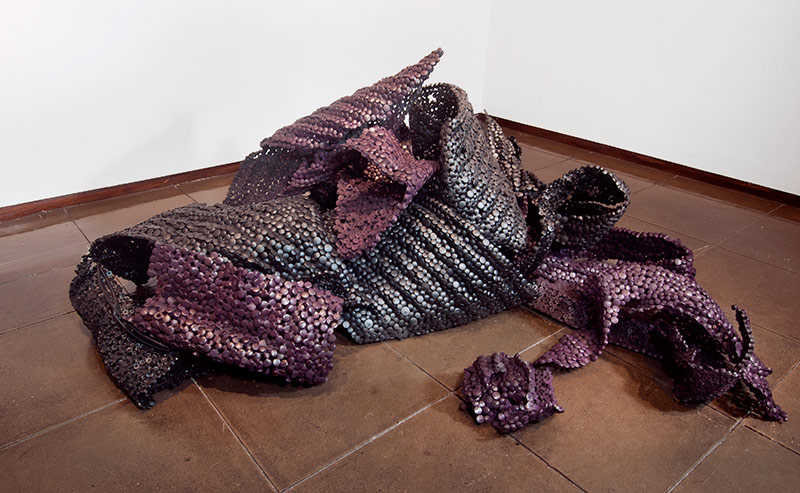